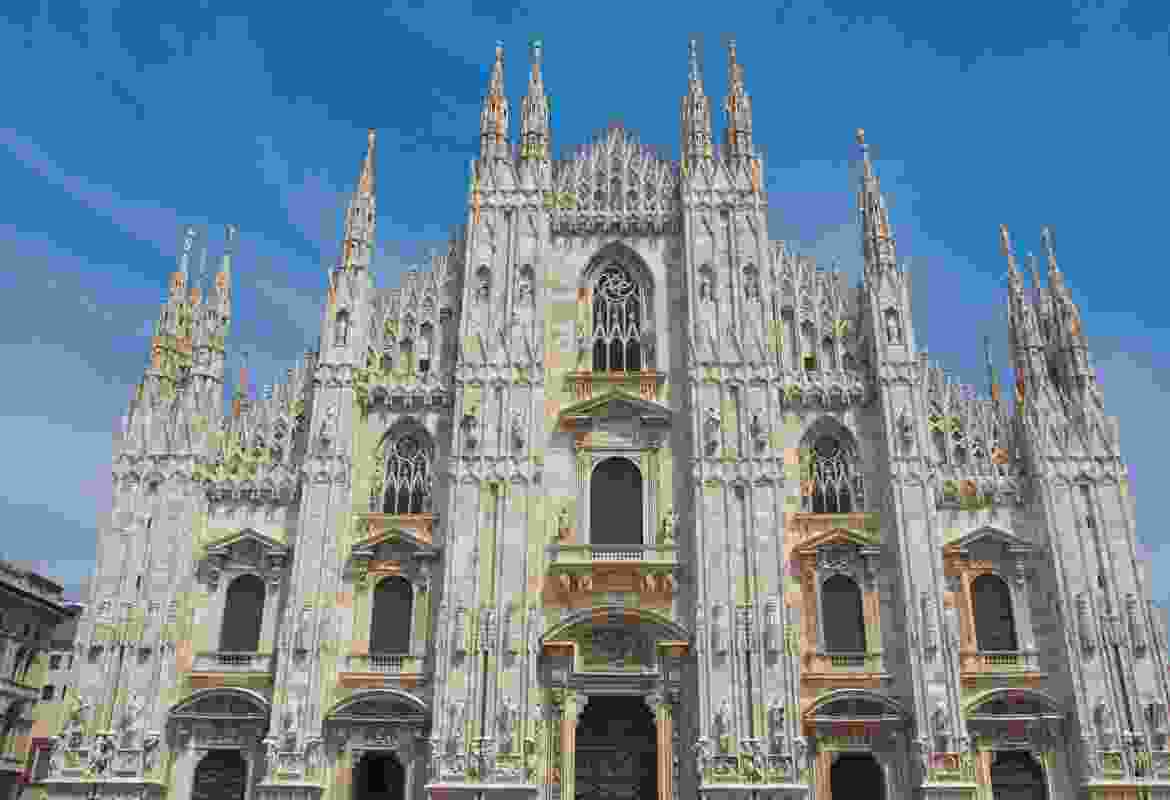 Milan is the destination of 8 million overseas visitors every year, attracted by its museums and art galleries that boast some of the most important collections in the world, including major works by Leonardo da Vinci. The city is served by a large number of luxury hotels and is the fifth-most starred in the world by Michelin Guide.

Milan (Italian: Milano) is a city in northern Italy, capital of Lombardy, and the second-most populous city in Italy after Rome, with the city proper having a population of 1,372,810 while its metropolitan area has a population of 3,242,820. Its continuously built-up urban area (that stretches beyond the boundaries of the Metropolitan City of Milan) has a population estimated to be about 5,270,000 over 1,891 square kilometres (730 square miles).The wider Milan metropolitan area, known as Greater Milan, is a polycentric metropolitan region that extends over central Lombardy and eastern Piedmont and which counts an estimated total population of 7.5 million, making it by far the largest metropolitan area in Italy and the 54th largest in the world. Milan served as capital of the Western Roman Empire from 286 to 402 and the Duchy of Milan during the medieval period and early modern age.

Milan is considered a leading alpha global city, with strengths in the field of the art, commerce, design, education, entertainment, fashion, finance, healthcare, media, services, research and tourism. Its business district hosts Italy’s stock exchange and the headquarters of national and international banks and companies. In terms of GDP, it has the third-largest economy among European cities after Paris and London, but the fastest in growth among the three, and is the wealthiest among European non-capital cities. Milan is considered part of the Blue Banana and one of the “Four Motors for Europe”.

The city has been recognized as the world’s fashion and the design capital thanks to several international events and fairs, including Milan Fashion Week and the Milan Furniture Fair, which are currently among the world’s biggest in terms of revenue, visitors and growth. It hosted the Universal Exposition in 1906 and 2015. The city hosts numerous cultural institutions, academies and universities, with 11% of the national total enrolled students.Milan is the destination of 8 million overseas visitors every year, attracted by its museums and art galleries that boast some of the most important collections in the world, including major works by Leonardo da Vinci. The city is served by a large number of luxury hotels and is the fifth-most starred in the world by Michelin Guide. The city is home to two of Europe’s most successful football teams, A.C. Milan and F.C. Internazionale, and one of Italy’s main basketball teams, Olimpia Milano.

Crossing Piazza della Repubblica, our local guide will take you on a pleasant stroll through the historical centre, where you can admire the Trevi Fountain, La Colonna di Marco Aurelio, the Palazzo...

Capri, situated in the Gulf of Naples, surrounded by an emerald and turquoise sea, is often called the pearl of...

oy one of the  most important art collection in the world. The tour starts at the Vatican Museums with its immense...

Write a Review about Milan